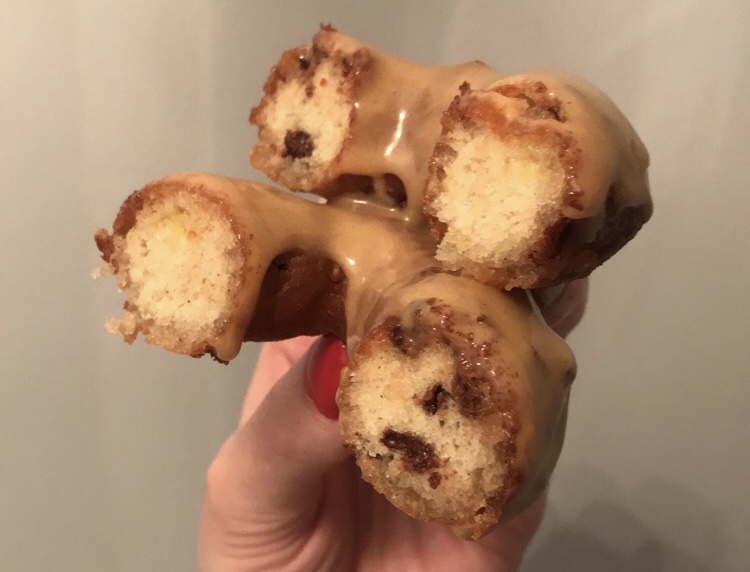 It has been over a month since my birthday, and I have been seriously craving my birthday cake! Every year I make myself this Banana Chocolate Chip Cake with Peanut Butter Frosting recipe, so I thought maybe I would turn that into bread pudding, but then I thought maybe I should make it into doughnuts first. So I made Chocolate Chip Banana Bread Doughnuts, and they were so dang good!

I mostly used the previously mentioned cake recipe and a pumpkin doughnut recipe to base the recipe on.

(a) Half lard and half canola oil is my preferred ratio. If you don’t want to use lard, you can use all canola oil.