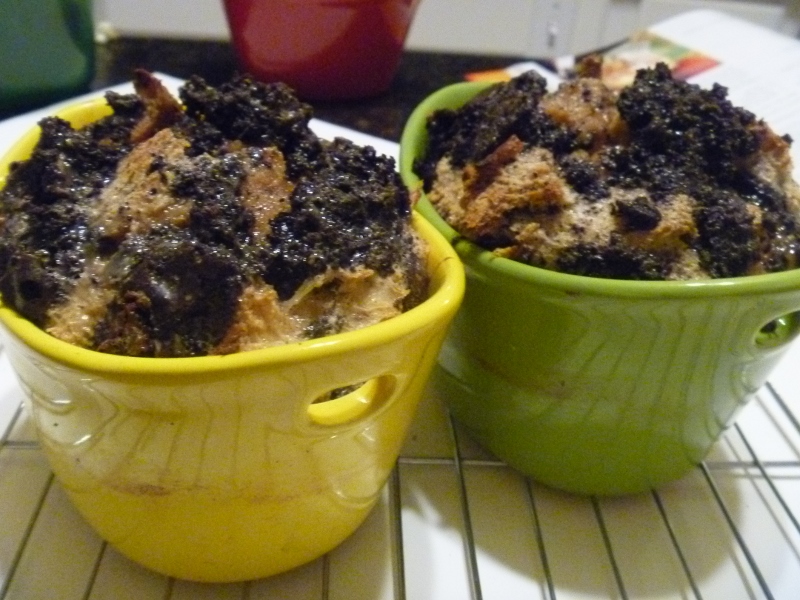 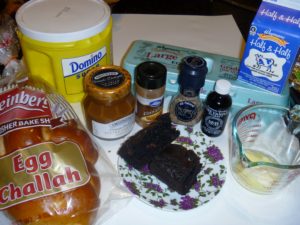 Have you ever had such a good idea that it kept you up at night? An idea that kept bothering you until you actually did it? An idea that however arduous and inconvenient, would not leave your mind until you did it? Well, I’ve had a lot of those this week, and when one of them is as good as this recipe, you just have to do it, so here it is, Brownie Bread Pudding with Salted Caramel Cream Sauce. May I just say, this idea was worth all the hype in my mind! It is the perfect delicious balance of chocolate brownies, custardy bread pudding, and salted caramel. 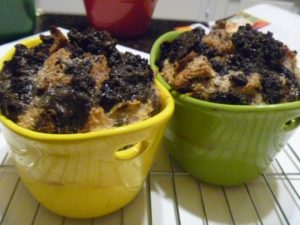 The other ideas I’ve had included making a video showing zero dimensions transforming into three dimensions, because where the h*ck is that fourth dimension?! This blog, itself was another nagging idea from this past week. So today (it will likely be yesterday by the time I post this), on Patriot’s Day, I cross two of those ideas off my list by making this blog post. 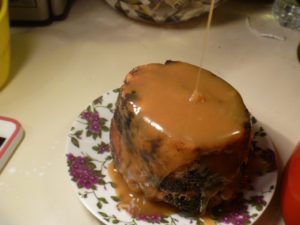 As you will come to find out, I am a very *extra* person. So, when I set out to make this recipe, I decided I would make my own brownies so that they would turn out to be just the right consistency. I have made many bread puddings in my lifetime, and I know that the best bread puddings are made with “bread” that soaks up the custard well  (shout-out to croissant bread pudding). So, I had to make a cake-like brownie and not a fudgey brownie. If you know a bakery that makes good cake-like brownies or a box mix that does, by all means cut the prep time and half and go for it. If you’re too extra, I feel you. I used this website’s recipe for “Cakey Brownies,” (at the bottom of the page); except I added a half cup of chocolate chips. (P.S. there is a typo in step 4, no ‘oil’ is necessary). Just look at how porous these are! 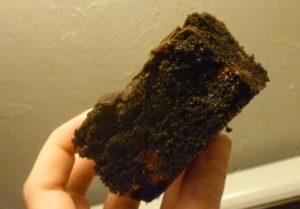 Let the brownies cool completely before assembling the bread pudding! 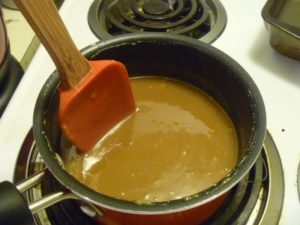 Now that we have the brownies baked and cooled, we can start on the bread pudding. The recipe is as follows: