So I’ve been craving hot chocolate a lot lately. Maybe it’s the holiday season. Maybe it’s from watching so much Once Upon a Time (why do they drink hot chocolate in every episode?), but whatever the case is. I thought I would harness this craving into a bread pudding. What is more seasonally trendy atm than peppermint hot chocolate. So here you have it: 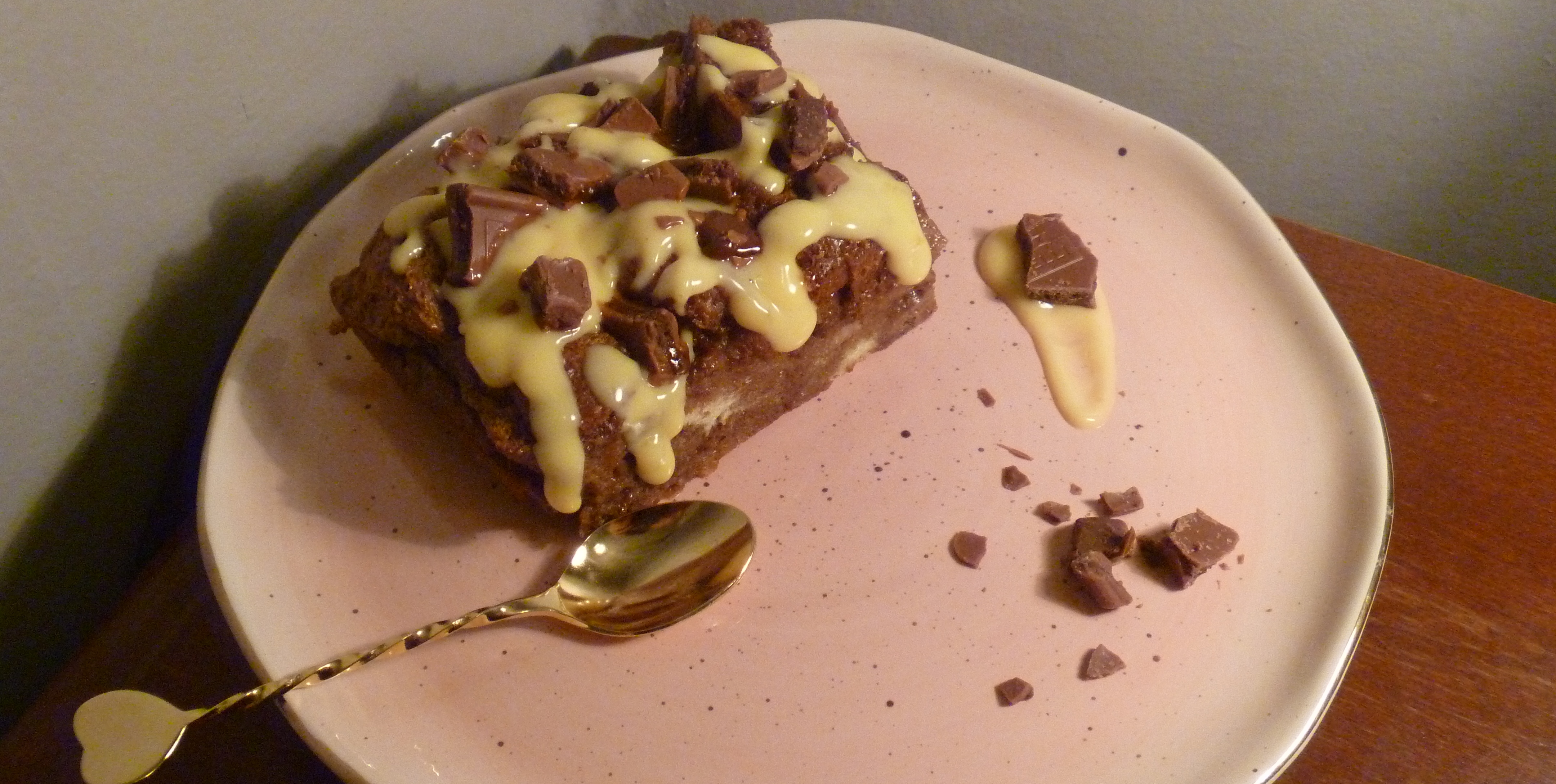 Full disclosure, I am not sponsored by Ghirardelli. I was actually going to use Hershey’s Mint Fudge Bells, until I couldn’t find them at the store I went to, and didn’t want to go to another store. I figured the Ghirardelli squares would probably be an upgrade. Lindt also makes a peppermint chocolate truffle around this time of year. If you can’t find any of these, I think you can find something similar.

For the sauce, I used Hood Golden Eggnog. Unfortunately, once it was thickened. the yellow color became more intense. If I had to make it again, I would not use golden eggnog. I found the color off-putting. Here’s an article if you want to know Huffington Post writer’s hierarchy of eggnogs. Maybe one of those will be better and less yellow?